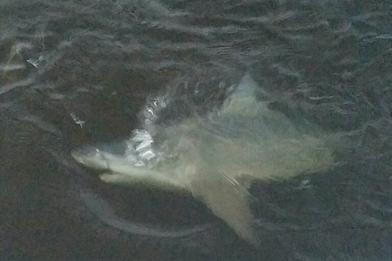 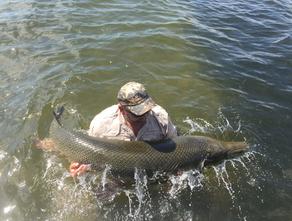 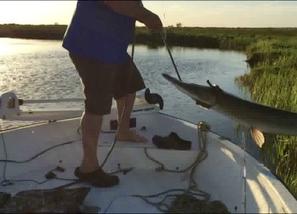 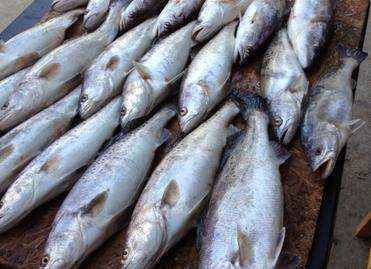 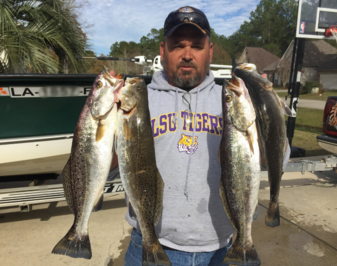 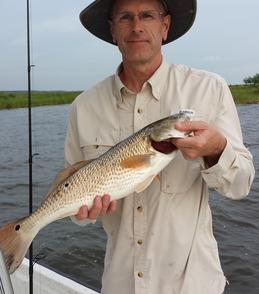 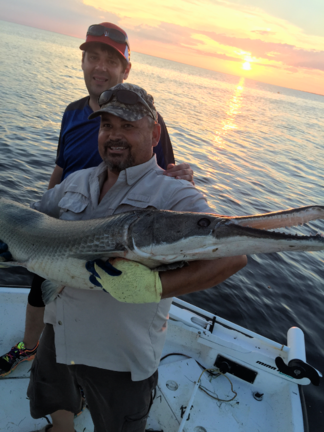 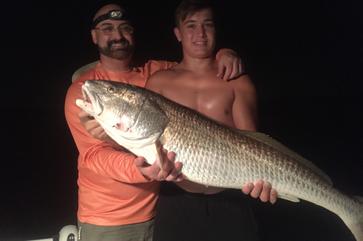 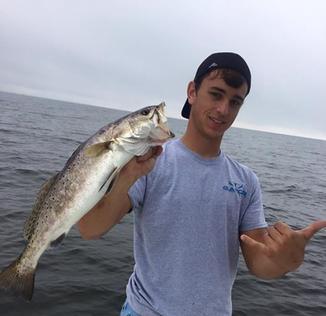 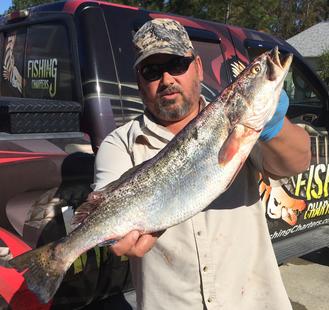 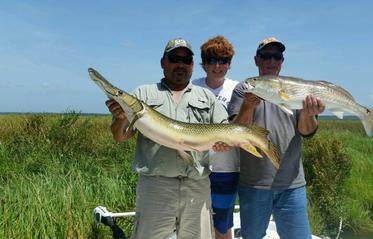 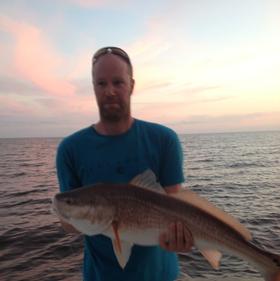 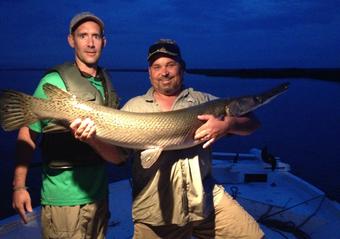 November 2020 The Fishing is on fire, we are having one of the best fall runs in years. Check out  a few of these pics!

​November 2018 The trout are on fire, monsters being caught now would be a great time to book!

February 2018 Mardi Gras is over but the fish are just starting to party! Picking up trout and Reds.

​January 2018 Weather has been brutal and fish are scattered. Still picking up a nice box but it requires some hunting.

November 2017 has been fantastic, Monster trout in the 18 to 22 inch class the fish are quality but we are having to work to get them. We still have just a few days open give us a cll and get in on this action!

October 2017 is looking very good, Nate pushed in some salt water and the trout have come with it!

November 21st 2016 was one of those days where everything comes together. We had Russ Jones of SMOKY RIBS You Tube cooking Channel and Derek Jones with Guy Harvey magazine on board Shooting video and pictures. The bite was on! The day could not have been more perfect. We had a box of monster trout in an hour and a half. Look for the video to come out soon check Facebook, and www.coastalboy.com and Guy Harvey Magazine for some pictures of this amazing trip.

November 2016 good fish being caught, Red fish very prevalent in the are the trout are still shallow due to warm weather and bait holding tight Grassy areas. Hope the big trout make their move soon. On the 7th we landed over 30 bass 3 Blue Cats 3 sheepshead in what we call the aquarium box!

​End of October has been the story of the Good, The Bad, The ugly, the good news we are catching trout to the east, small in size but some decent fish we have to travel to get them. The Bad news is the trout have not made their way to the bridges in the local areas. The Ugly is the lack of bait and salinity may push the arrival of the big causeway trout back and may have an impact on the numbers that do arrive.  Stay tuned as we will continue to look for fish and keep you posted on their movement.

Mid October Reds are in the area we have to travel some but the fight is worth it!

​Early October: The Gar bite is still on!  We have been catching  good numbers of bass and a few Red Fish mixed in they are nice size but not great numbers. The trout have not arrived in our local area due to hot weather and fresh water. We are running East and south if you want a trout trip.

​September has started fast, with a couple of Sunset cruises and a few kKraken trips. The Shark appear to be moving out but the Gar are thick. The fresh water seems to have pushed the Reds to deeper water.

August was really tough in the lake . We had some great trips including a trip to Grand Island and the Biloxi Marsh area. Finished up with a super cool You Tube video with Rus Jones and his Smokey Ribs cooking channel.

July was our busiest month to date. Our customers hunted the Kraken with a vengeance. The results were some Monster fish. Several Bull Reds 40 inches long in the 30# Class! Gar between 4-6 ft Bull sharks up to 35 inches long.

July is heating up and the Kraken bite is strong! Having to be patient for the bite but the fish are big! July is looking good.

Give us a call for a battle you will not forget.

June 2016  is flying by the kraken has been in the area and has not disappointed us in his ability to avoid being  landed. several big gar and some nice reds so far this month.

May was a very exciting month lost some really good fish but thats how it goes we landed some monsters. The morning bite was very tough.

May,15th The first Shark of the season has been landed!! A 5' Bull Shark gave three of our customers a thrill of a life time! Great start to the season of the Kraken Hunt!

May  we landed our biggest Red fish ever a 43' monster! The fight lasted 20 min with a huge 150 yard initial run.

April has been as tough as March with the wind! But the days we have been able to get out the bite has not disappointed! The Gar and Red fish are in the lake but no sign of Bull Sharks to date.

March has proved to be a challenge with the weather. When we have been able to fish we have had a really good Red Fish bite!

The end of February was fantastic March is starting out ok with fish more spread out on the bridge so the numbers are down but the quality makes up for it.

Feb is starting off pretty good, we located some pockets of fish and have been able to put some nice trout in the box. hoping it just keeps getting better as the water clears.

January has had very few good fishing days, the rain and winds have played havoc and the opening of the spillway clobbered the south side of the lake. Looking for things to turn around in the near future. As we dry out and they begin to close spillway.

​Dec 29th Tough day the winds and rain have played havoc with the lake. We fished hard with Kevin and Tate but came up empty. We will try again after water settles down a bit.

Nov24TH-Dec 4th We continue to have very good success trolling up some monster trout. All fish have been 18in or larger we have had several fish break the four pound mark! Looking for the bite to stay strong for awhile longer. Our biggest trout this year just under 7 lbs.

Nov9th-24th the Bite is on! We have had some great trips and landed some monster trout in some tough conditions!

​The end of September and all of Oct have been rough for us. The weather has played havoc and the fish ave been tough to locate on a regular basis.  Hoping it is about to turn around for us.

Early September has been great winding up our Marsh trips with the biggest Gar landed on rod reel for us to date. A 6' 9" monster!

August was a blast for us! Great shark and Bull Red trips.

​July 31st to August 2nd Fished the Madisonville 40th Annual Gar rodeo. We landed three gar in the 40 lb class for rod and reel not big enough to weigh but we had a great time trying!

July has been good for us with the shark action heating up and the Gar bite has been exciting. The Bull Reds have not disappointed us and we have landed several over 30 in.

May 9th, Trout trip turned Marsh trip due to weather. Lot's of action, lost several fish but we managed to land the biggest shark to date for WFCM. It was a riot and the Marsh trips are in full swing. Come out and rip a drag with us! Thanks Bruce and Cheryl, you guys are awesome!!

​April 10th, Honored to have a Marine onboard with two of his boys. What an adventure the weather and the fish gave us a thrill! Several small Reds and some Monster Gar hook ups, one Beast landed!!

​April 7th, Dustin from Canada with us on a Gar, Red Fish trip.

Hooked up three nice gar land one. Boated one Bull Red 36 in.

March 25th Beautiful day on the water with two great guys from Minnesota  David and Eric. The Weather was perfect, conditions were great and the fish stayed away. The guys were fisherman and understood some days are like that. I hope they come back.